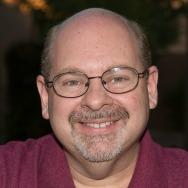 Jonathan Chisdes is an independent film critic based in central New Mexico; he wrote his first movie review in 1986.

Jonathan founded the Chizfilm Movie Reviews website in 2006; three years later, the focus was narrowed as a response to changing times and it was reconceived as ChizFilm Jewish Movie Reviews.

Jonathan has also worked in the industry as an Associate Producer for Light Speed Productions, written a screenplay, and acted in seven short films shot in Florida, New Mexico, and Colorado.

His reviews and articles have appeared in numerous publications including the Orlando Spectator, the Rollins Sandspur, the Orlando Reporter, the Valdosta Spectator, the Bet Chaim L’Chaim, Content of Character, and Persona Jon Grata. “Jerusalem Jones and the Mystery of the Dead Sea Scrolls,” a play he co-authored and produced, had a number of performances. He is currently working on a novel.

Jonathan is married to the most wonderful woman in the world, Natasha Chisdes, who is the ChizFilm Marketing Director and also a strong supporter of independent films and festivals. 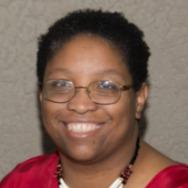 Natasha Chisdes was born in Charlottesville, Virginia. She graduated from the University of Virginia in 1993 with a degree in Anthropology.

She was very active in her community serving on many community boards included the NAACP, Thomas Jefferson Offender Aid and Restitution, City of Charlottesville Department of Social Services as well as working as an Officer of Elections from November 1993 to 2011.

It is important to Natasha to perform here Civic Duty and serve in whatever community she becomes a part of.

She has a keen interest in academic and social science research and truly enjoys administrative tasks such as database management, data entry, office organization and general office duties.

She is married (to Jonathan!) and currently lives in Rio Rancho, NM.