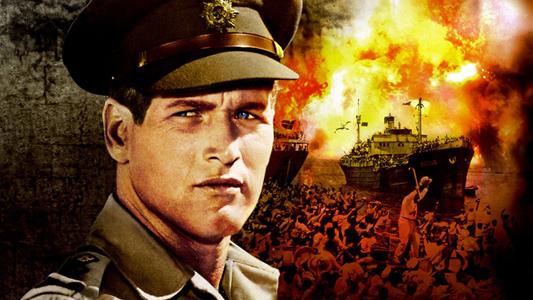 I recently started watching DVDs of the TV show “Mad Men”—they were a birthday gift from my wife. I’m very much enjoying this series about advertising executives in New York set in the year 1960.

I’m only about a dozen episodes into it, so far, but I’m quite amazed at how historically specific the show is, highlighting events, social attitudes, and trends from 1960. It’s a fascinating prism through which to judge contemporary society, seeing how far we’ve progressed, or haven’t.

I was particularly struck by one of the early episodes in which the advertising firm is approached by the Israeli Ministry of Tourism; as they discuss with the ad-men why and how American tourists in 1960 should visit the twelve-year-old country, they point out that there is a very popular book by Leon Uris, Exodus, which is being made into an epic motion picture and is about to be released.

I smiled because I fondly remember seeing that classic film a dozen years ago. However I hadn’t really thought much about the world in which it was made and what it says about popular American attitudes toward Israel in 1960—and how different they are today.

When I re-watched “Exodus” a few days ago, I realized how, just like “Mad Men,” the movie helps us judge how the perception of our world—and in this specific case, the conflicts of the Middle East—have changed in a half-century.

Made only twelve years after the birth of the State of Israel, “Exodus” is a historical epic in the tradition of those great 1950s films like “The Ten Commandments,” “Ben Hur,” and “Spartacus,” in which fictional characters interact with larger-than-life historical figures and witness the extraordinary events which changed the world. But unlike the other epics, “Exodus” deals with history which, to most of its audience, was contemporary events.

The film basically focuses on that brief period of Jewish history between the Holocaust and the founding of the State of Israel. We sometimes forget, a half century removed from this time, that one event did not automatically follow the other, like a snap of the finger.

Instead it was an extremely complex political process, fraught with all kinds of obstacles. The birth of the State of Israel as a direct result of the Holocaust was no forgone conclusion; many men and women had to work very hard to make the dream into a reality.

For those who have not had the opportunity to see this classic, the film, based on the novel by Leon Uris, is divided into three parts. In the first, a group of Zionists led by Ari Ben Canaan (Paul Newman) stages a daring rescue of 600 “displaced persons” (i.e. Holocaust survivors) from a British camp in Cyprus aboard the ship Exodus.

In the second, the Exodus passengers and leaders deal with the difficult issues of declaring Israeli independence from British rule and the politics behind the UN’s vote for the partition of Palestine.

All the while, conflicts between Jews increase as the non-violent Haganah has little tolerance for the terrorist-like actions of the Irgun which blows up the King David Hotel. In the third section, the Jews face difficult challenges as the Arabs, with whom they had hoped to live peacefully, threaten to destroy them in the prelude to the War for Independence.

Colorful characters clash with each other, family ties are strained, romance blossoms, and a fight for freedom ensues against a sweeping backdrop stunningly filmed on location in Israel and Cyprus. An Academy Award-winning score by Ernest Gold sets the romantic tone.

A number of powerful scenes rend the heart: among them are when Holocaust survivor Dov Landau (Sal Mineo) is forced to recall the horrors of Auschwitz which he had blocked out; when the Christian-American nurse Kitty Fremont (Eva Marie Saint) saves the life of Ari, whom she loves; and when the Exodus unfurls the Israeli flag and “Hatikva” plays in the background.

“Zionist propaganda,” as one recent critic called it? Certainly an unfair trivialization of the film. And yet, as a very insightful article by Jacob M. Victor of Harvard College points out, “Exodus” is quite politically incorrect by contemporary standards. Victor’s article draws a stark contrast between the warm reception “Exodus” received in 1960, and how it would probably be torn to pieces by modern-day critics if it were made today.

In a number of ways, the film doesn’t hold up over time. Like “Gone with the Wind,” it can be seen as an anachronistic relic telling only one very slanted side of history. But in many other ways—perhaps ways even more important—Victor demonstrates how the film does hold up.

It hits many key themes that resonate so well with American audiences—in 1960 as well as today—most notably the identification with the underdog. In one scene, a clear connection is drawn between Israel’s fight for Independence and America’s Revolutionary War. There is so much that a contemporary American—especially a Jewish American—can identify with.

“Exodus” is essentially an idealistic film. As Victor concludes his essay, “The way that ‘Exodus’ so unabashedly presents its idealistic stance may be jarring to our modern sensibilities, but that may be simply the result of our cynicism over the many years of conflict in the Middle East.”

I think he’s right. In the film’s final sequence, Ari gives a eulogy in which he laments untimely, violent death, yet it’s filled with hope that peace is not so far off. This speech is spoken at the very outbreak of the War for Independence and the implication is that if Israel can just manage to get through this one war, the Arab problem will be solved and the Jews and Arabs can share the land in peace.

In 1960, only twelve years after the events the film depicted, this didn’t seem that far-fetched. It’s unfortunate that a half-century later peace seems far more elusive now than it did then.

But watching this movie, just like watching “Mad Men,” is like traveling back in time; one can absorb the more innocent feelings of the era. The good and the bad. And realize how far we’ve come…

And how far we haven’t.