Lessons for Contemporary Society from a 3000-Year-Old Book 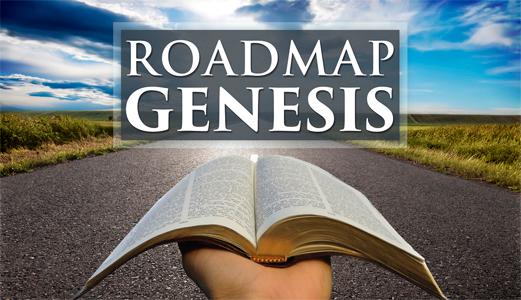 You know that book Everything I Need to Know I Learned in Kindergarten? Well, it could also be argued that everything you need to know can be learned from the Biblical book of Genesis.  Filmmaker and Rabbi Nolan Lebovitz is certainly one who claims that. He believes that the first book of the Bible contains guiding principles for a better society.

Interesting guy, Lebovitz. He started out his career in Hollywood making action-thriller films such as 2008’s “Tortured.” After his children were born, he asked himself if what he was doing was making the world a better place; he reluctantly had to honestly answer “no” and that led him down a spiritual journey toward rabbinical school where, ultimately, he was ordained. He ended up combining his desire to share his spiritual insights with his movie making skills, resulting in the documentary film “Roadmap Genesis.”

This 2015 doc begins by looking at the general public’s concept of Genesis—most people he interviews on the street haven’t read it or know much about it. He says to everyone, “When I say ‘Genesis,’ you say…” One person responds, “Phil Collins.” Another responds, “Sega.” Atheists dismiss it as the ancient primitive ravings of a nomadic tribe with no spiritual insight.

But Lebovitz contends that “If we follow Genesis as our collective compass, the world would be a better place.” He goes on to interview many Jewish and Christian authorities (both clergy and laymen) to get their insights into this first and most important book of the Tanach (Jewish Bible). The impressive list of interviewees include Alan Dershowitz, Rabbi David Wolpe, Bishop Kenneth Ulmer, and even Ken Ham of the Creation Museum in Kentucky.

Some of what follows is what you would expect with traditional interpretations of the various stories in Genesis, similar to what you might hear in your synagogue during a weekly devar. For example, the creation story is about taking action. God takes chaos and brings order. But when order turns into chaos, that is the fault of humans.

The Garden of Eden story, where Adam and Eve are told to be caretakers of the garden, yields a contemporary lesson about being stewards of the environment. Lebovitz, at this point, interviews members of a Jewish organization cleaning up a beach; they talk about their religious dedication to protecting the Earth.

But there are certainly some surprising and non-traditional lessons brought out. For example, the Tower of Babel story is seen to be about the blessings of diversity and teaching respectful communication. Or Abram leaving his homeland being discussed as a metaphor for the American experience of growing, expanding, and seeking out new adventures.

Many of the religious authorities have no problem reconciling the creation story with science. One points out how over the centuries theologians such as Philo and Maimonides have interpreted the text along with the science of the day; many today reconcile it with astrophysics.

In another section, a rabbinical student points to the story of Abraham arguing with God over the destruction of Sodom. She says that Genesis, here, is teaching us what it means to be a person of integrity: argue with the powers that be, even if that power is God.

Sometimes the surprise is who’s talking. Governor Mike Huckabee, of all people, is among those interviewed. Regardless of what you think of his politics, he has some interesting insights including personal lessons from the story of Joseph. Toward the end of the book, when Joseph reveals himself to his brothers and they except him to take revenge, he doesn’t, saying that it was God’s plan that he leave his family and end up in Egypt because he was able to save thousands of people from the famine. Huckabee eloquently declares “Detour was destination” and recalls a story from his own life where a sports injury set him on a different path.

One of the most unusual but profound comments comes from a rabbi who argues that the most important passage in the entire Tanach is the “begat” verses which detail lineage. Why? He says that pointing out how all human genealogy can be traced back to a common ancestor reminds us that we are all brothers.

There are a few technical flaws in the movie, I’m sorry to say. One of the more important sections of the film is about a Franciscan Friar who runs a soup kitchen in Philadelphia, but the audio quality in this section is quite poor. It’s a shame because this is one of the most literal, obvious, and moving examples of someone turning scripture into action. (Both Jews and Christians highlight Cain’s question, “Am I my brother’s keeper?” as a command to take personal responsibility.)

I am also quite disappointed that the film doesn’t reference many of the most important stories from Genesis including Noah, the sacrifice of Isaac, the quarrel between Jacob and Esau, or any of the matriarchs. Sarah, Rebecca, Leah, and Rachael aren’t mentioned once; Eve is referred to only briefly. Some women might take offense to that absence.

Nonetheless, the film drops many pearls of wisdom and should generate much discussion. Are the lessons of Genesis relevant today? The answer to that is certainly yes. But what exactly are those lessons and how we can best apply them are questions worthy of debate. Go back and read Genesis if you haven’t read it in a while (or haven’t read it at all) and of course watch this movie for a guide into possible interpretation.